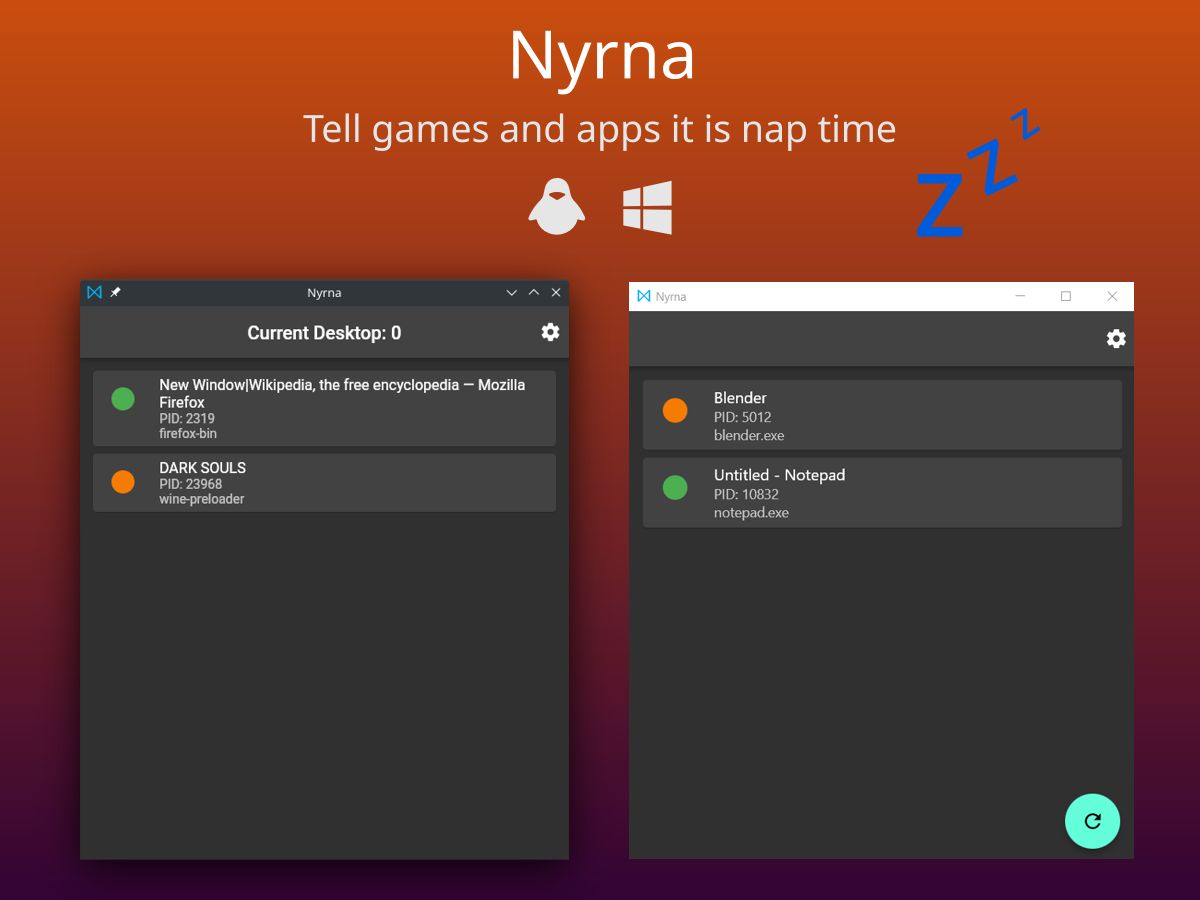 Similar to the incredibly useful sleep/suspend function found in consoles like the Nintendo Switch and Sony PlayStation; suspend your game (and its resource usage) at any time, and resume whenever you wish - at the push of a button.

Nyrna can be used to suspend normal, non-game applications as well. For example:

The CPU and GPU resources are being used by said task - maybe for hours - when you would like to use the system for something else. With Nyrna you can suspend that program, freeing up the resources (excluding RAM) until the process is resumed, without losing where you were - like the middle of a long job, or a gaming session between save points.

Modifying running applications comes with the possibility that the application will crash.

While this is rare, it is a known possibility that Nyrna can do nothing about.

Please make sure to save your data or game before attempting to use Nyrna.